Some great changes have been happening with Bittrex lately, they have had an amazing UI facelift which has made the website much more responsive, and have put some great focus into the security and the tech. It is starting to get more traction and becoming a more prominent exchange again.

One thing that we’ve worked on here at Cryptolume is a way for you to receive information from Bittrex faster, such as what’s moving in the market and receiving alerts on trading indicators as well as new coin additions to the exchange.

By using Cryptolume to run technical analysis on Bittrex and also to find information about what’s moving in the market faster you can get ahead of the game.

The tools that are available in Cryptolume allow you to sort through what’s happening on the exchange at a glance by Volume, Price, RSI, MACD and more. 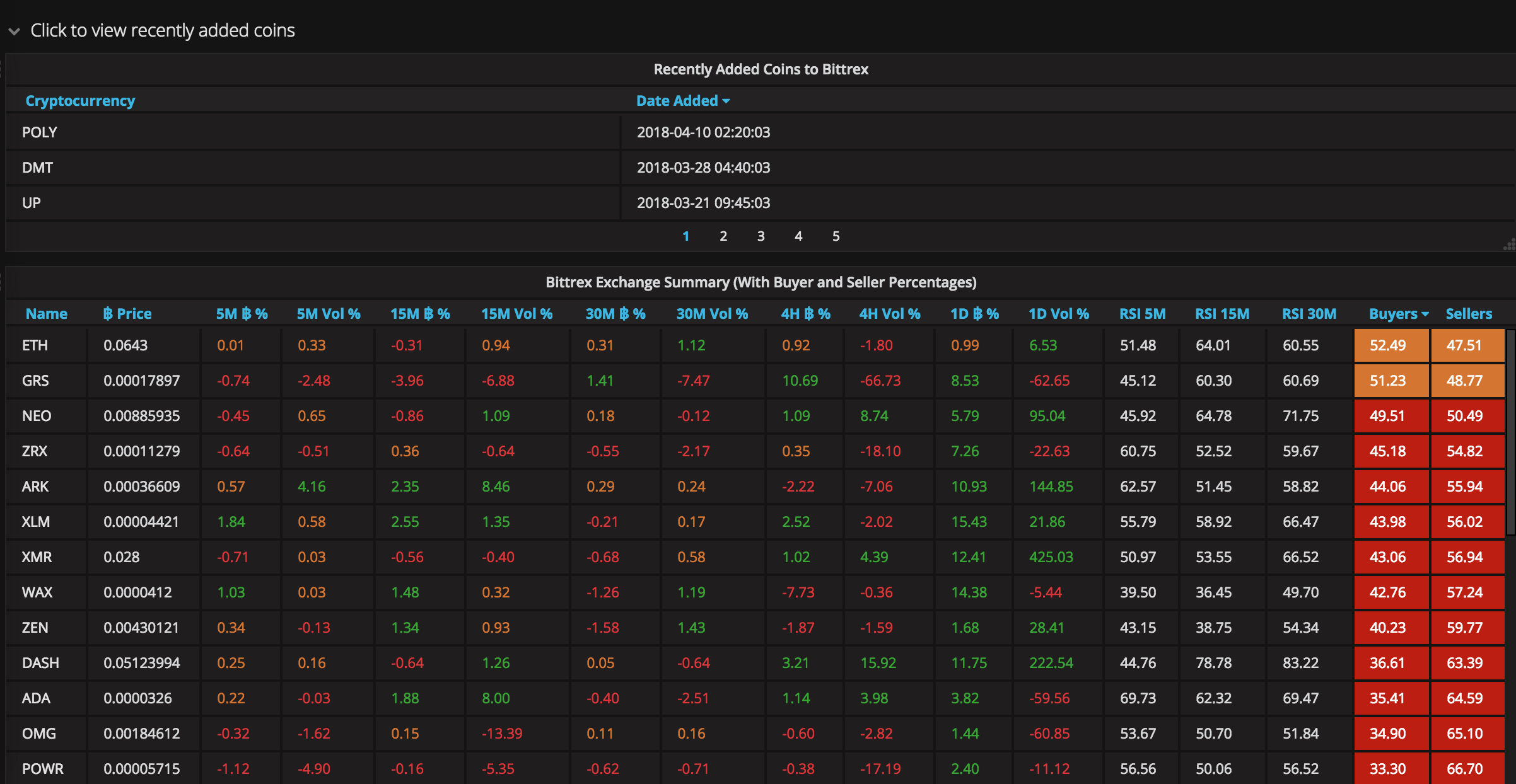 With the Bittrex Scanner / Exchange Summary (as shown above) you can sort by metrics such as volume, price and RSI. This allows you to quickly see what’s happening on the exchange.

We also have the current Buyers and Sellers which gets you the live orderbook statistics instead of you having to shift through hundreds of cryptocurrencies to see where they’re at. It’s a birds eye view of the entire market at Bittrex and allows you to make trades faster and get ahead of the game.

Alerts for trading indicators on Bittrex 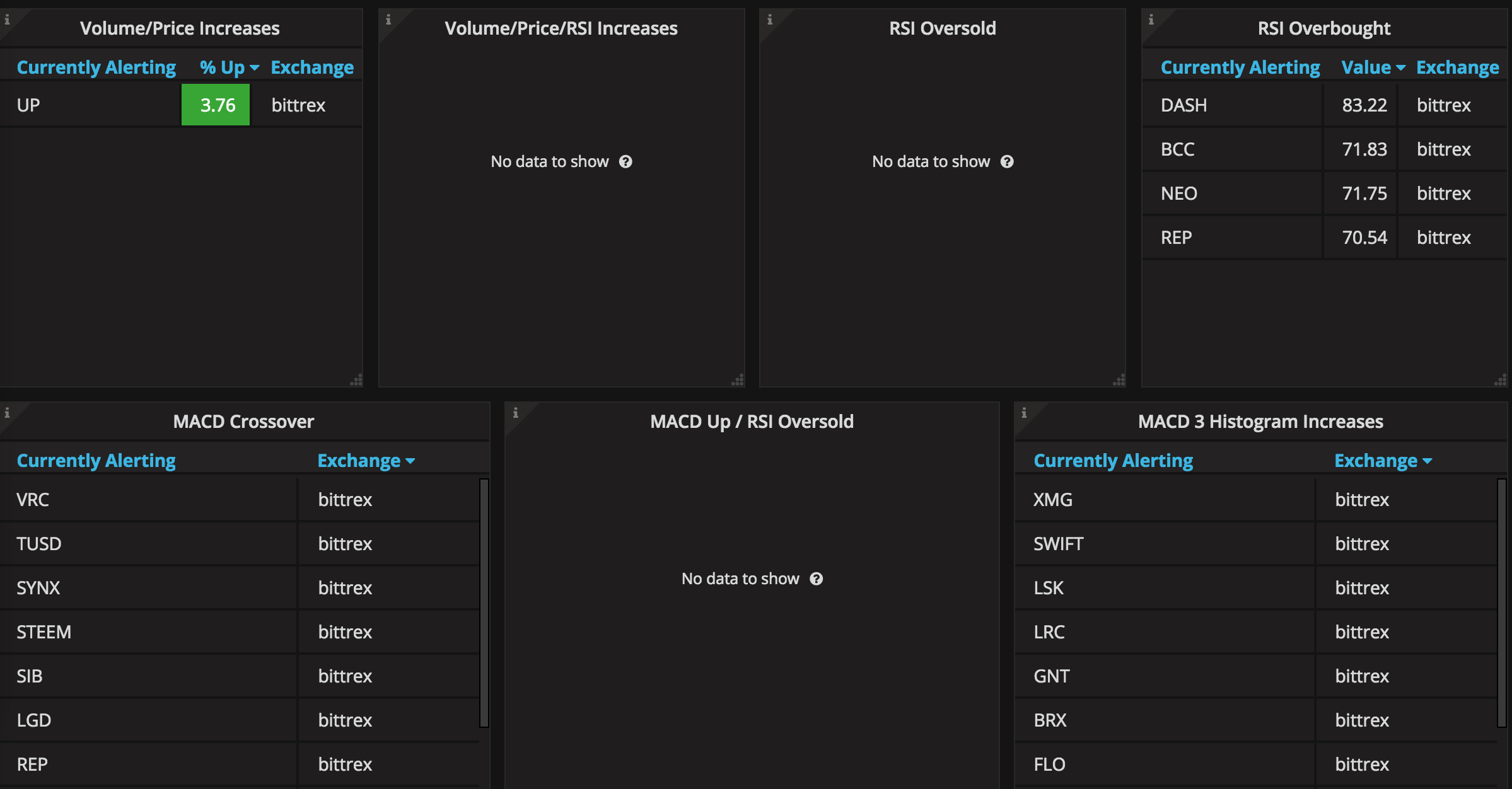 With our Exchange Based Alerts feature, you can see the coins that are currently alerting on The Bittrex exchange and moving in indicators such as Price/Volume/RSI and MACD crossovers/histogram increases as well as our own algorithmic calculations such as MACD histograms up whilst RSI is oversold.

Cryptolume gives you the edge over the market by finding moving markets faster and at a glance. Not only this but you can receive alerts directly to your mobile for features such as:

We are constantly adding new features to our toolset and are continuing to expand on many of the other exchanges that are also supported alongside Bittrex.