What Does A “Stablecoin” in Crypto Mean, Exactly? 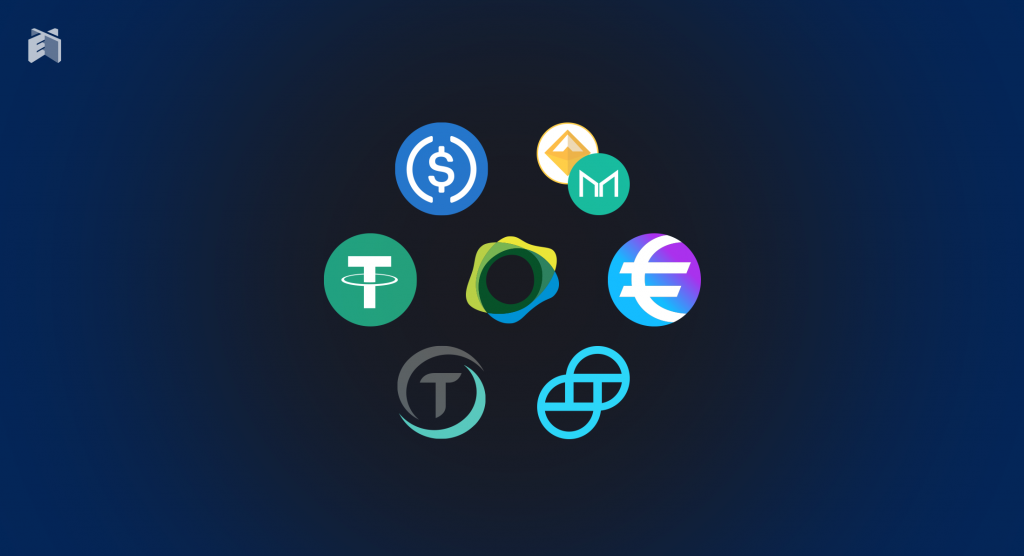 Even though bitcoin arguably remains the most popular cryptocurrency, it usually suffers from high volatility in its valuations. After all, it is quite common to see the cryptocurrency moving in excess of ten percent in either direction in a span of a few hours!

With this kind of volatility, bitcoin as well as other forms of cryptocurrencies are somehow unsuitable for everyday trading. In an ideal world, a currency serves as a medium of monetary exchange and storage of monetary value, implying that its value should remain fairly stable over longer time horizons. And investors will ultimately stop adopting such a currency if they aren’t certain of its purchasing power tomorrow.

A crypto coin should not only maintain its purchasing power in the long run, but should also have the lowest potential inflation that is enough to encourage the spending of the tokes as opposed to saving them. And stablecoins are usually viewed as the perfect answer to cryptocurrency’s volatility.

So, what does a Stablecoin in crypto mean?

Just as the name implies, a stablecoin is a type of cryptocurrency whose value is tied to an outside asset that is both real and stable, such as fiat currencies or gold to combat the price volatility problem often suffered by cryptocurrencies. The value of fiat currency is usually stable because it is guaranteed by the government. What’s more, they are only issued by a country’s central bank. Their value is usually tied to other assets, including commodities such as gold, and forex reserves, which can serve as collateral for lenders.

However, cryptocurrencies are not issued by the government, implying that they can only be stabilized through other means. Cryptocurrencies cannot be regulated by institutions or authorities and a demand and supply mismatch won’t be neutralized by financial institutions. Stablecoins help bridge that gap between the stability of fiat currency and cryptocurrency.

In other words, stablecoins try to mitigate price fluctuations by tying the value of cryptocurrencies to other relatively stable assets, usually fiat currencies. In case you didn’t know, fiat is the government-issued currency such as euros, dollars and often tends to remain stable over time.

Are Stablecoins more valuable than other coins?

As earlier stated, one major limitation of cryptocurrencies is the high volatility of their prices and perhaps this is why stablecoins, which boast fairly more stable prices, are somewhat more attractive. Because cryptocurrencies are not very popular, they have a small market cap. This makes their prices extremely volatile. And even bitcoin, arguably the most popular form of cryptocurrency, undergoes extreme price fluctuations.

Because of their high volatility, cryptocurrencies can’t be used by businesses because their purchasing power is going to change every now and then. After all, no one wants to be exposed to unwanted currency risks when transacting in cryptocurrency. And this partly explains why cryptocurrencies are currently used in mainstream transactions.

Price volatility suffered by cryptocurrencies also hinders long-term financial contracts that demand price stability. And most importantly, nearly every investor out there does not want to speculate. Instead, you want to use a crypto coin as a reliable substitute for real money or a store of value, on a ledger not regulated by financial intermediaries. Stablecoins, to some extent, have been to mitigate some of the limitations of cryptocurrencies, making them a popular choice among crypto traders.

So, what are the different types of Stablecoins?

– Fiat-collateralized stablecoins: These are backed by an existing stable currency such as the US dollar. This simply means that to issue a particular number of tokens of a certain crypto coin, the issuer needs to offer dollar reserves worth the same value as collateral. Valuables such as gold may also be used in this case. It is imperative to note that the reserves are usually maintained by custodians that operate independently and are regulated for compliance.

They are usually easy to understand and also remain the most popular type of stablecoins. However, though they are popular, they have a fair share of drawbacks. First and foremost, they are neither transparent nor auditable by everyone. They are issued by centralized intermediaries that have their own regulations and therefore, trust issues can always arise! Typical examples of fiat-collateralized stablecoins are USDCoin, TrueUSD, and Tether.

– Crypto-collateralized stablecoins: Just as the name implies, these refer to stablecoins whose value is pegged to other types of cryptocurrencies. And because everything is carried out on the blockchain, crypto-collateralized crypto coins are fairly more transparent, feature transparent source codes, and can equally be traded in a decentralized way as opposed to their fiat-tied counterparts. On the flip side, they can be more complex to understand and are not popular as a result.

Also, despite being mixed to specifically help cushion volatility, in today’s highly unpredictable market, any combination of crypto coins will always remain unstable! A great example of crypto-collateralized stablecoin is MakerDAI.

– Non-collateralized stablecoins: These are stablecoins that don’t involve the use of reserves. Instead, their stability is derived from a functional mechanism, including that of the central bank. It is worth mentioning that these are the most innovative forms of stablecoin and the most difficult to create as well.

Because they are somehow openly auditable, this type of stablecoin usually generates lots of trust. In fact, they are the most decentralize and transparent stablecoins.

How Are Stablecoins Used in Crypto?

Stablecoins are primarily used to help investors seamlessly switch between a highly volatile cryptocurrency and a relatively stable coin to hedge the value of holdings. For instance, if you hold bitcoins and you are certain the price will go down, you can quickly trade your bitcoins for a stablecoin to cushion your investment.

Currently, cryptocurrencies can’t be used in daily transactions thanks to their high volatility. Stablecoins may help solve this problem simply because they help mitigate these volatility risks.

Stablecoins aspire to assume the functions of fiat currency without any risks. Stablecoins also support the use of financial smart contracts that can be enforced over time. To be more precise, smart contracts refer to self-executing binding contracts that exist on a crypto trading network and are free from the involvement of any third party. They are automatic transparent, traceable, and irreversible transactions.

The use of stablecoins has gained lots of traction in the last few years, and research tends to show that this trend will only continue. It is widely projected that stablecoins will make it possible for crypto coins to become mainstream. After all, traders are always on the lookout for faster and affordable ways to transact across borders, and this means stablecoins will almost certainly grow in popularity!