What is a Bitcoin ETF? Does it affect Cryptocurrencies?

Over the past years, there have been attempts to create a Bitcoin ETF, as way to get investors more comfortable with Bitcoin as a way of luring institutions to the party. The first Bitcoin ETF was proposed to the U.S. Securities and Exchange Commission (SEC) by Winklevoss twins on July 1, 2013. However, the proposal was rejected in March 10, 2017. This led to a drop of Bitcoin prices by up to 25 percent. Fortunately, the months following the ruling saw Bitcoin more than triple in value. In this article, we will discuss Bitcoin ETF in detail and discuss how it can benefit traders.

What exactly is a Bitcoin ETF?

To understand exactly what a Bitcoin ETF is, you need to first understand what an ETF is. ETF is an acronym that stands for Exchange Traded Fund. It is a form of security that tracks some underlying assets, such as crypto currencies, commodities, bonds and equities. An ETF takes custody the underlying asset. The asset is safeguarded by a custodian (financial entity or bank), which also issues the number of shares that represent the ownership of the assets.

A Bitcoin ETF, is where the digital currency Bitcoin, is the underlying asset. This means that, if an investor buys a Bitcoin ETF, they will be purchasing Bitcoin indirectly as they holding the ETF rather the Bitcoin itself.

The main difference between purchasing Bitcoin itself versus a Bitcoin ETF, is that traders will be buying a regulated vehicle, which they can buy and sell on exchanges rather than having to purchase and securely store the Bitcoin.

What are benefits of a Bitcoin ETF?

With the introduction of a Bitcoin ETF, chances are that crypto currencies will be included in the mainstream investor’s portfolio. Since most investors prefer to hold regulated assets and crypto ETFs, they will be willing to invest more in digital currencies. 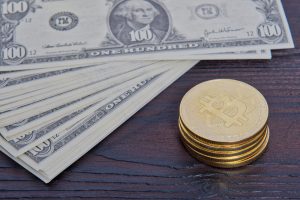 According to market analysts, a Bitcoin ETF will help to increase the overall adoption of crypto currencies while also making their prices to increase. One of the major reasons why a Bitcoin ETF will result in an increase in Bitcoin prices is because it potentially increases the liquidity and scarcity of the Bitcoin itself. Usually, when an underlying asset becomes scarce, there is a substance increase in its price.

Currently, it is impossible for 401ks, pension funds and most stockbrokers to sell Bitcoin to their customers due to the high risks involved. With the introduction of a Bitcoin ETF, it will become possible for these sources to access and invest in Bitcoins, unlocking billions of dollars in capital. A Bitcoin ETF will allow potential investors to purchase Bitcoin without the risks involved in holding a private key. In fact, thus was one of Winklevoss key points about Bitcoin ETFs.

These are just some of the most important things to about Bitcoin ETFs. Bitcoin is increasing becoming one of the most profitable digital currencies. The introduction of a Bitcoin ETF will make it even more popular among investors.